The Importance of Quality Fuel

Fuel system maladies are some of the most common, and infuriating, issues faced by paramotor pilots. The simple diaphragm carburetors we use originate from power tools, where they were designed for all the same reasons we value them for- they’re simple, lightweight, and can run in any orientation. They use a very simple membrane pump system to draw in fuel and tiny passages to correctly meter fuel, atomize it, and spray it into the crankcase. But this simplicity also makes them more susceptible to failure from lack of proper maintenance- and when you couple all these factors with a high-performance, high-compression engine such as a paramotor, you are left with a system that demands proper tuning- but another aspect is equally important- quality fuel.

In the United States, pilots are often immediately challenged when it comes to finding a good source of fuel. At your average gas station, you’re faced with a variety of options at the pump, ranging from economy to premium. You’ll see various numbers printed on the buttons, in most cases ranging from 87 to 93. That’s the fuel’s octane rating. In short, a higher octane number makes the fuel able to compress more before igniting- running a low octane gasoline in a high-compression engine will lead to detonation, where the high temperatures cause the fuel charge to autoignite. The severe pressure from the detonations impacting the still-rising piston can cause severe damage to heads, gaskets, and connecting rods. In our high compression paramotor engines, around 10:1 compression ratio in many cases, you’ll want the higher octane gasoline.

The other variable, and almost equally as important, is the fuel’s ethanol content. Nearly all gasoline sold in the US contains at least ten percent ethanol. There’s a variety of reasons that ethanol fuel has replaced the pure, leaded fuel our ancestor’s powerplants used. For one, ethanol oxygenates the gas- that helps the gas burn more completely and in turn leads to lower emissions. Ethanol itself is biological in origin- most of it comes from corn. Some modern “flex fuel” vehicles are even tuned to run on E85- that’s 85% ethanol to 15% gasoline. So it’s a cleaner-burning, renewable fuel. What’s not to love about that?

Well, in short- it’s bad for your paramotor.

One big issue is that the same factors that make ethanol a great oxygenator also attract water. Water condenses and precipitates out of the fuel when it sits, causing corrosion on sensitive parts. The oxidation of the gasoline over time also causes varnish– a gummy, orange, disgusting substance, which you can imagine is very bad for carburetors with tiny passages the size of a pinhead. This condition can arise in as little time as a month of the fuel sitting. The ethanol also ruins our carburetor diaphragms. There are two diaphragms in the common Walbro carburetor- one actuates the metering needle, causing the right quantity of fuel to enter the engine. The other uses the engine’s vacuum to act like a siphon, drawing up fuel from the gas tank. Both of these are obviously critical functions- if the diaphragms degrade and become stiff or stretch out, the engine will not run right, and will most probably begin running lean, a dangerous condition that causes the engine to run drastically hotter. 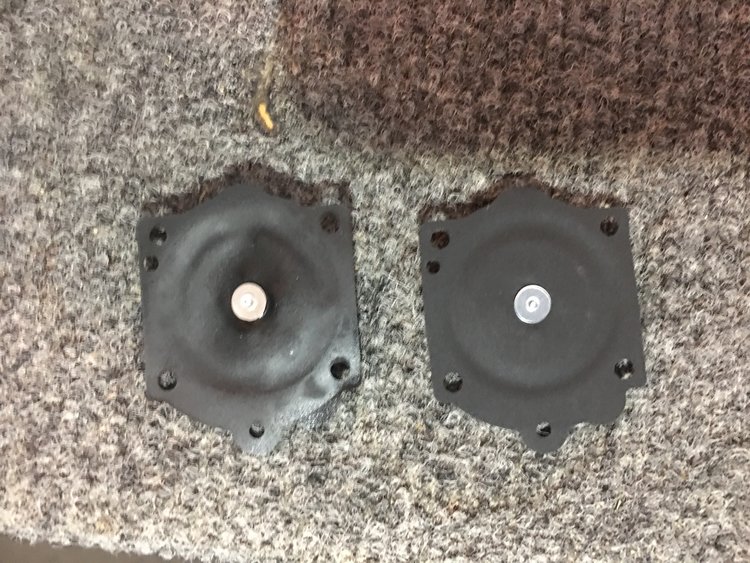 Varnished gasoline plugging up the carburator’s many small passages and fine filter screens will cause a lean condition, too. Cars, of course, have none of these issues because they’re tuned and designed to run on ethanol fuel and their adaptive fuel injection systems and lower-compression multi-cylinder engines laugh at the ethanol-ized gas. There are several additives on the market that claim to solve ethanol’s problems, but these additives also degrade the membranes and cause a loss of performance- only pure gas mixed with quality, full-synthetic oil should be in your tank. 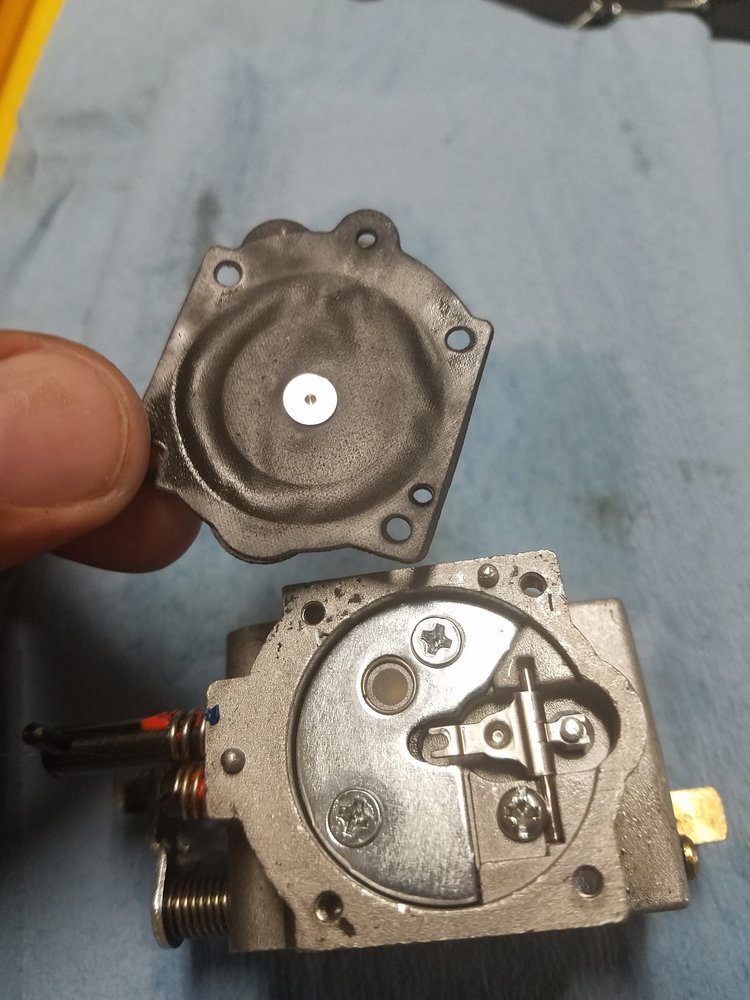 So, you’re a pilot, and you’re struggling to find good gas. What can you do?

Several options exist. First, seek out areas where other high-performing engines hang out. Marinas and Motocross parks can often sell clean gas. Airports are another option, selling 100LL gas- that means 100 octane, Low Lead. The higher octane number makes this gas very attractive, but many motor manufacturers do not recommend running it because it’s lead content leaves crusty yellow deposits on the head, piston, and spark plug after several hours of running. For an everyman who doesn’t have a Marina or similar to source gas from, there are a multitude of everyday gas stations around the country that will sell non-ethanol gas. Directories such as www.pure-gas.org list these locations by state. In most cases, the pure gas pump will be on it’s own island, but in others it’s an option at the standard pump and it all comes out of the same hose- keep in mind that the residue from the last person to fill up will have some ethanol in it. The last ditch effort if no good gas can be found is to buy small engine pre-mix in a can. These are premium 93 octane fuels with absolutely no ethanol, and they use JASO-certified, fully synthetic oil- exactly what we need. They can be found at most stores with a lawn and garden section. The only downside to these is that they’re incredibly expensive- sometimes $8 or $9 a can, and it usually takes 8 cans to fill an average sized tank.

One more important thing- Make sure you use the correct fuel pump diaphragm. Carburetors should be rebuilt at least once annually. The common rebuild kit for the larger walbro carburetors, part number K10-WB, contains a choice of two fuel pump diaphragms. It’s critical that you use the black diaphragm, not the translucent brown one. The brown one is actually designed to be more ethanol resistant but it wears out dramatically quicker and does not offer the same performance.

When rebuilding the carb, take care to inspect both of the tiny screen filters- there is one on the fuel pump side and one on the metering lever side. The fuel pump side is larger and will usually clog first, but they should both be inspected at regular intervals. Issues with these screens can be greatly reduced by running a good in-line fuel filter. Take care to use a quality, name brand paper-type filter. The sintered bronze types used in some small engines and dirt bikes are not sufficient and will let too much particulate through. Many paramotors already have a filter in the fuel pickup tube but a quality inline filter will catch whatever it does not, preventing contaminants from reaching the carburetor and plugging the screens- again, causing a dangerous lean condition.

Keeping all of these factors in mind and understanding how different gasoline types affect small engine performance is critical to keeping your paramotor healthy. Remember that we’re asking our engines to be very light and very powerful- that’s no easy task. If you throw another wrench into that works by feeding it inferior gasoline, eventually you’ll have a problem. So seek out the proper gas and you can roam the skies with a big weight off your shoulders. Be sure to follow the manufacturer’s recommendations on fuel for both warranty purposes and to ensure the best performance.